Skip to content
Home»News, Non classé»Butterfly in a Storm – Lady to Watch

Butterfly in a Storm – Lady to Watch 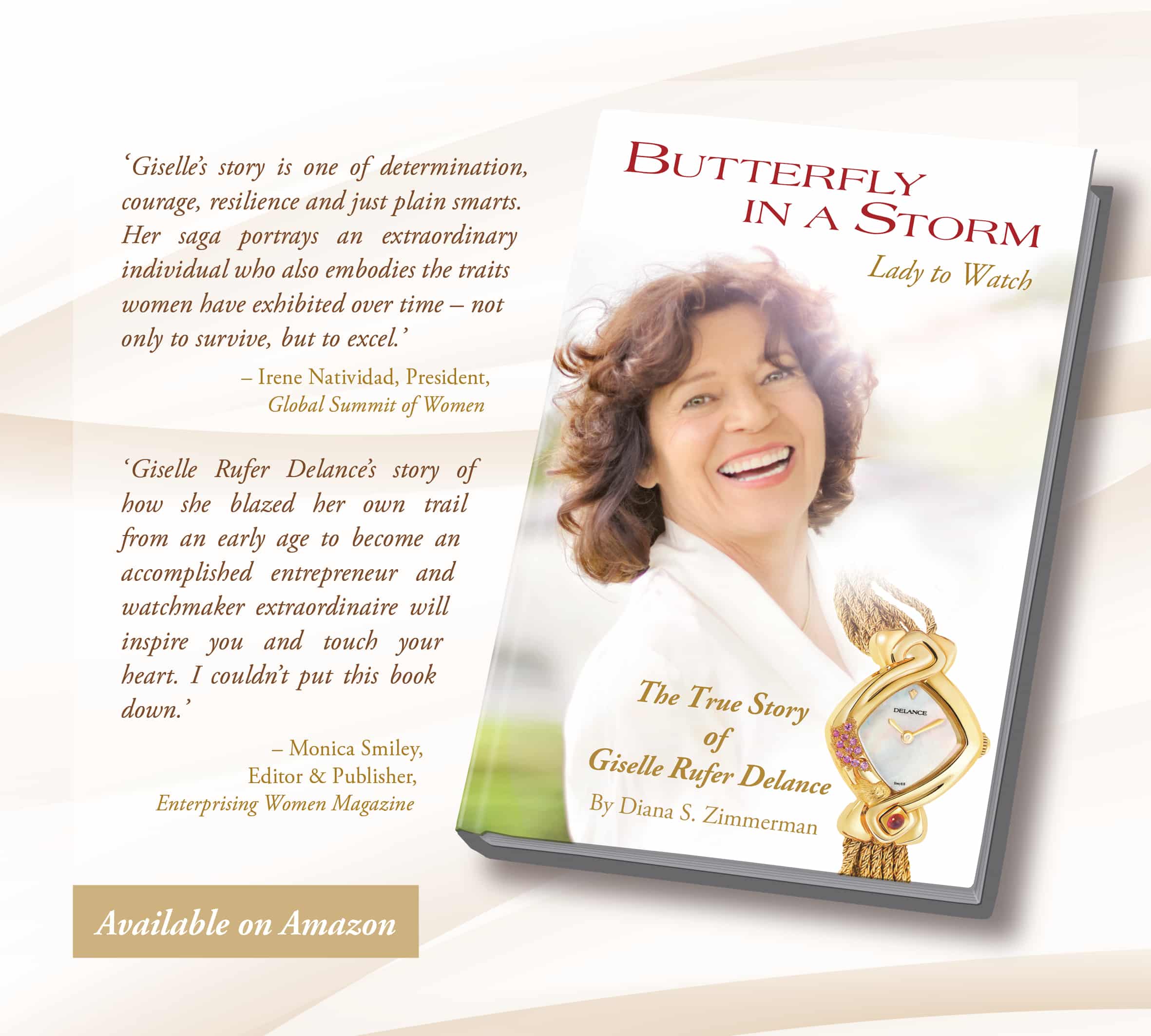 Butterfly in a Storm – The True Story of Giselle Rufer By Diana S. Zimmerman
The world of high-end watchmaking is, by its nature, elite, perilous, and exclusionary. Acceptance, if at all, comes with a price—frequently a very high one. A price Giselle Rufer Delance has paid. She not only defied the entire industry, she redefined it. Like a magical butterfly, she has weathered the darkest of storms and emerged to enjoy the most vibrant of rainbows. From her devastating childhood in the picturesque watchmaking town of Porrentruy, Switzerland, to her rise as a powerful entrepreneur and the founder of the ultra chic Delance Swiss Watches, this is her inspiring story.

The true story of a woman

Butterfly in a Storm – Preface

By Nicole Ding, President of FRAC

(FRAC is an organization that supports women engaged in professional activities.)

The book you are holding in your hands recounts the remarkable journey of a woman who dared follow her dreams, overcoming obstacles that would have stopped others in their tracks.

Giselle Rufer Delance was born in 1946, a year after the end of the Second World War. Europe was in a state of devastation and slowly recovering from the destruction. She was the child of immigrants. Her parents fled Paris as refugees during the war and settled in French speaking Porrentruy, Switzerland, near the border with France. Her family brought a different, more metropolitan culture to the small provincial town. Her mother was a strong independent and entrepreneurial woman, as were her two grandmothers, and she owned her own business on the main street of Porrentruy. Undoubtedly, these three role models helped shape Giselle’s life and her determination to succeed, despite the context of where she grew up. While advanced in many ways, Switzerland was, during that time, socially backward in relation to the rest of Europe. Swiss women generally stayed at home and in their husbands’ shadows. For those who did work, they were mostly relegated to a few professions, namely teaching, secretarial, nursing, or childcare. Even the schools were organized to keep women in the house. The long lunch hours, when children returned home for the noon meal, plus one day a week off from school virtually ensured that women did not or could not enter the workforce.

The ideal Swiss family was a father who went off to work every morning and came home for lunch, and a mother who stayed at home and took care of the house and the children. Most women did not even have their names on the family bank accounts, or control or even understand the family finances.

There were, however, a number of women’s organizations that were fighting to change this, to gain rights taken for granted in the rest of Europe. Following the 1960s counter-culture movement in the United States and the Cultural Revolution in France during May 1968, a new feminist movement was born in Switzerland, bringing with it a wave of righteous anger that flooded over the entire country and demanded equal opportunities in all domains of life. Women also were resolute on having the right to vote, which finally came only in 1971. As a young mother, Giselle was part of this feminist rebellion. With this as a backdrop, Diana S. Zimmerman deftly leads us through Giselle’s life, illuminating her determination to fulfil her dreams and to make a difference in the world, especially for women, while overcoming her own sorrows and disappointments. This book is a must-read for all women.

Butterfly in a Storm – Prologue

Like a magical butterfly navigating through a relentless storm, Giselle Rufer Delance is courageous, beautiful, rebellious, passionate, and now powerful. Throughout her life, she has experienced the highest of highs and the lowest of lows, both personally and professionally.

The world of high-end watchmaking is by its nature, elite, perilous, and exclusionary.

Acceptance, if at all, comes with a price—frequently a very high one. A price Giselle has paid. For the French-born Giselle, who dared to challenge over a century of tradition, it has been a journey of fortitude and endless defiance. Her Delance watch brand is exclusively feminine. That alone makes her an outlier— a one-of-a-kind visionary who refused to be limited by the thinking of industry “experts.” In spite of their denial, she has emerged as the unconventional victor. Royalty celebrates her unique style, and celebrities prize her statement-making timepieces.

This is Giselle’s story. Though some of the conversations and time periods have been compressed for editorial purposes, the actual thoughts, dreams, and events are all real. 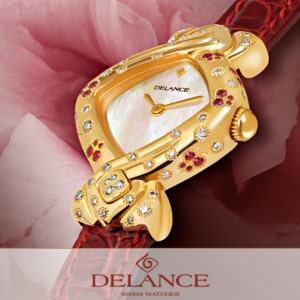